GET TO KNOW US

We are so excited that you have made the decision to join us…and not just us, but a cause, a mission, no…a movement! We are obsessed with our calling to reach, rescue, and restore those isolated by poverty in OKC and make dreams come true. 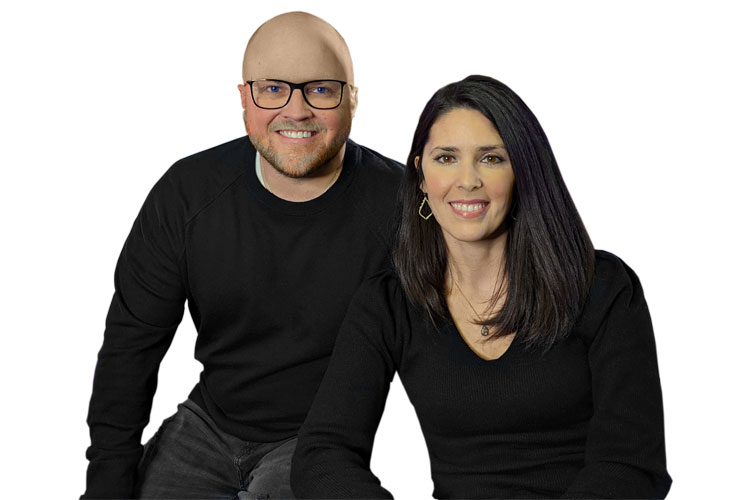 We are so excited that you have made the decision to join us…and not just us, but a cause, a mission, no…a movement! We are obsessed with our calling to reach, rescue, and restore those isolated by poverty in OKC and make dreams come true. We have a rich history of finding needs and filling them, but most importantly, we have a vast future of unleashing hope into our city wherever we have the opportunity. We are focused and openminded, organized and ready to adjust to however the needs in our city may change over the days, weeks, and years. We are able to do this because we are a “WE”, not just a “you” or “me”.

Together we can make a huge, heart-shaped hole in poverty and its effects in our city.Together, we get to accomplish something great…changed lives! Together, we get to grow and push forward one of the greatest missions ever…dreams coming true!

We can’t express enough how excited we are to have you on this journey with us. So let’s get to it. No more time to waste. There’s work to be done and people to be joined to the cause. Welcome to one of the most fulfilling missions ever! 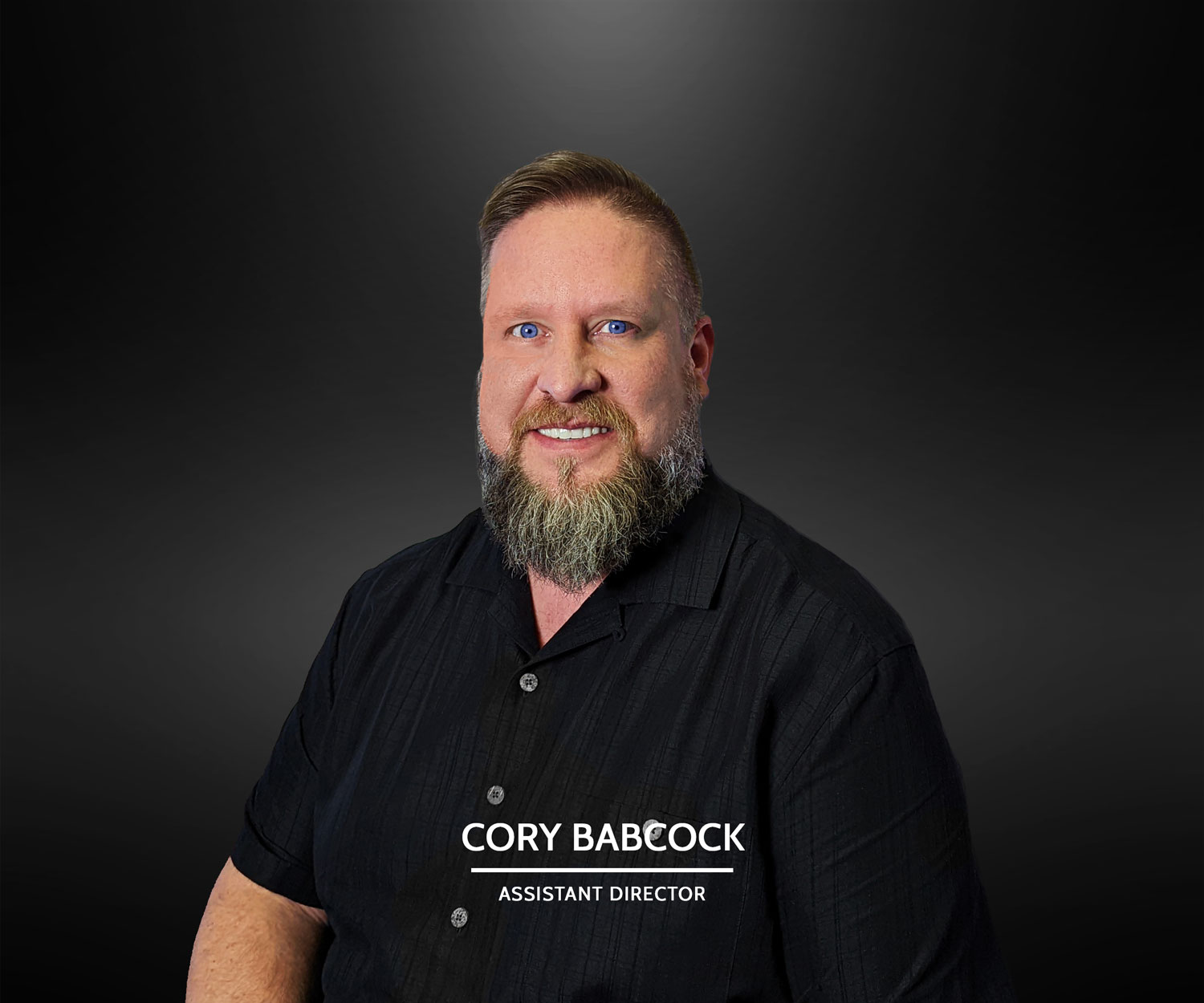 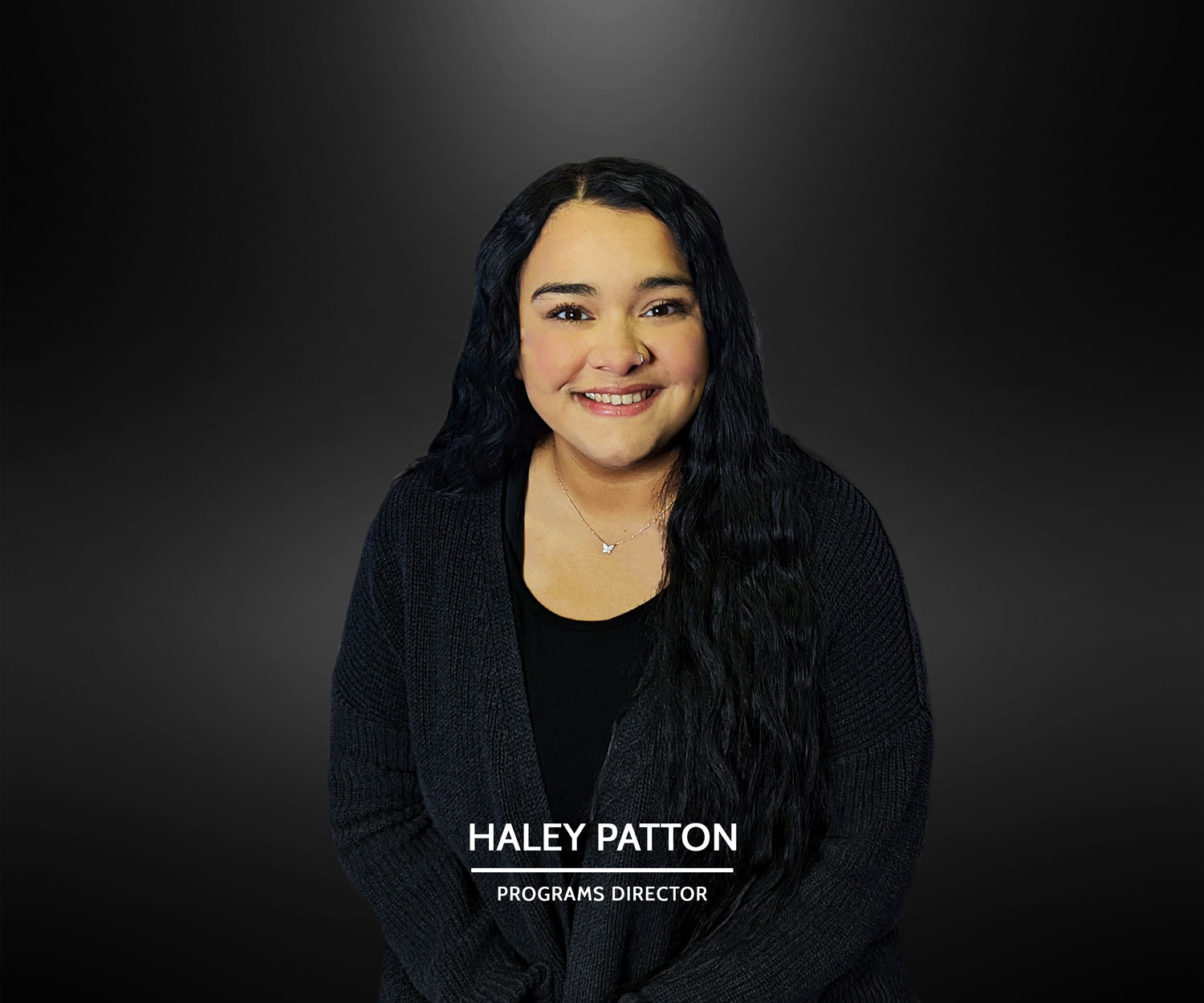 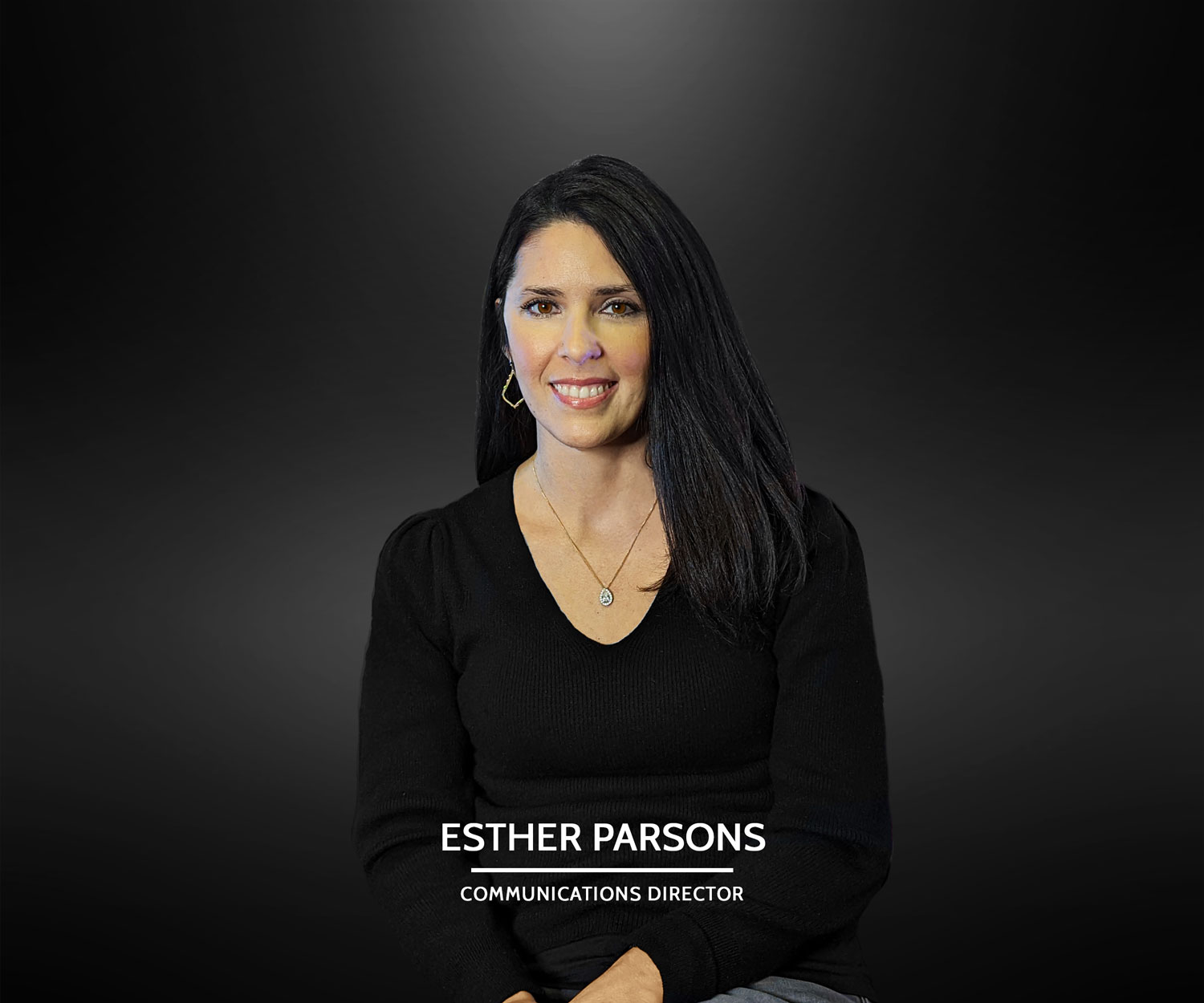 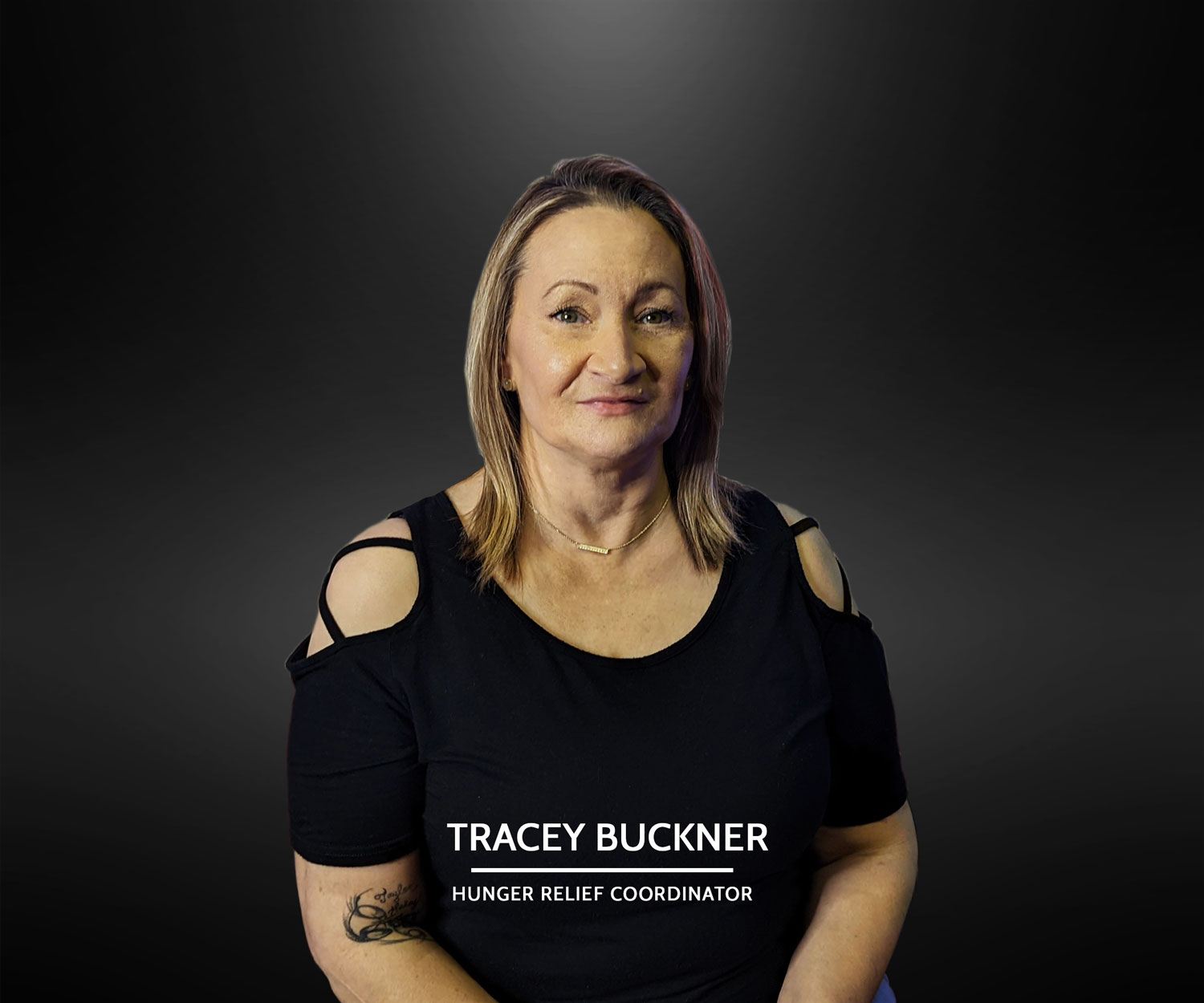 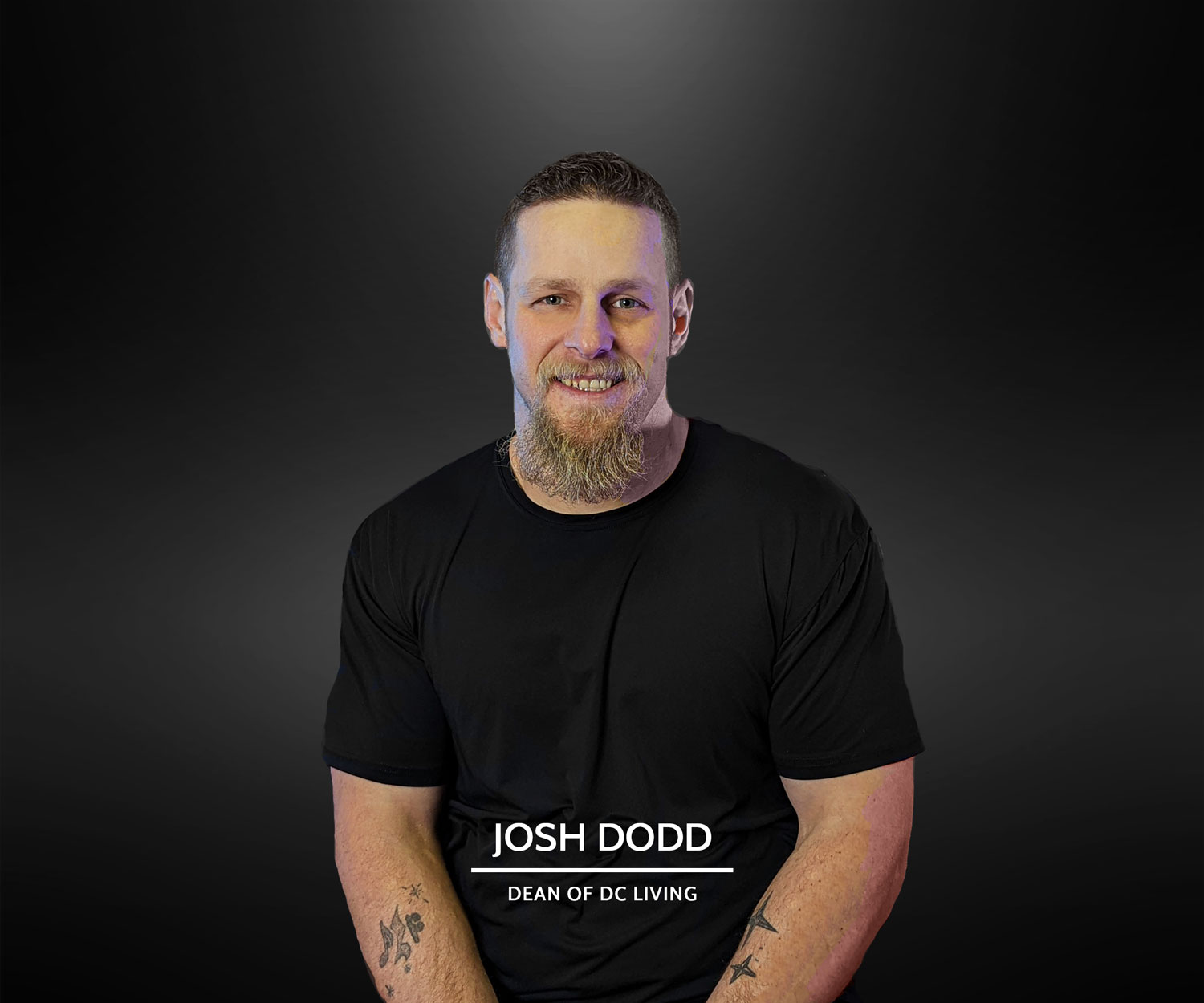 A DREAM FOR OKC

Dream Center OKC exists to reach, rescue, and restore people in need to achieve their dreams. We do this by investing in at-risk kids, meeting basic needs, and serving clients with complex needs through relationships and referrals. Many of our current programs were born out of Inner City Church, yet our vision is larger. Since 2014, all outreach-based programs were realigned under the OKC Dream Center to allow both Inner City Church and Dream Center OKC to flourish. Inner City Church builds strong families of faith in the inner city, while Dream Center is a separate 501(c)(3) organization that exists to reach, rescue, and restore people in poverty.

In the early 90’s, Robert and Deborah had volunteered at the children’s ministry of inner city church. They followed the call into full time youth ministry in 1995. In 2002, the current pastor of inner city church, David Hodges was preparing to step down. A call was made to the Burke’s to take the position as home missionaries to the inner city of OKC. Robert and Deborah continued the children’s ministry but soon realized that although seeds were being planted with the children, their home lives were in disarray.

On Fathers Day 2003, adult services was added. It was a burden placed on the Burke’s heart that restoring fatherhood was important to see a change in the community. Fathers needed to be restored and take the leadership of the family. Family dinners were incorporated into each Sunday service. To meet basic needs a food pantry and clothing closet along with mentoring programs were added. In 2006 Grace Assembly of God was preparing to move to a different location. David Green with Hobby Lobby purchased the facility on SW 55th street for the ministry. In late fall of 2006, Robert at 35 was diagnosed with a stage 4 brain tumor. Robert went to be with his Lord on November 30, 2006. The Lord put the call on Deborah to take the reigns of leading Inner City Church.

Under the leadership of Deborah, the programs of Inner City Church continued to grow and multiply as leaders and volunteers continued to come and join in the mission

In 2009, Chase Parsons was given a very like-minded vision for Oklahoma City when Pastor Matthew Barnett, co-founder of the LA Dream Center, visited as a guest speaker during a Sunday evening service where Chase was serving in ministry. That night, Chase heard the story about the beginning of the Dream Center, “The Church That Never Sleeps”, and was forever impacted with the fact that if you really love Jesus, your heart will go out to the ones that His compassion goes out to…the lost, the broken, the hurting.

Since that night, Chase began to seek and build a plan to establish a dream center in OKC. He was soon joined by two young men, Trevor Clark and Chance Stinnett, who together founded The Dreamcenter, Inc. (OKC Dream Center) in 2010. In 2012, Chase left his full-time ministry position to pursue this new vision and soon met Pastor Deborah Burke at Inner City Church and, through several conversations, was granted the ability to begin operating and oﬃce out of the campus of Inner City Church. OKC Dream Center began Saturday adopt-a-blocks and classes teaching the Dream Center Discipleship Curriculum on Sunday mornings. Inner City Church and the OKC Dream Center were a great combination together with the similar passions for the like-minded mission to reach, rescue, and restore people isolated by poverty in OKC.

As the relationship grew stronger, Pastor Deborah Burke and Chase Parsons agreed to combine their ministry eﬀorts and in 2014, OKC Dream Center took over all outreach programs based and operated out of Inner City Church as Inner City Church retained church-based programs focusing on building strong families and believers.

Our values at OKC Dream Center are based on the principle of reaching, rescuing, and restoring people with the life-changing message of the Gospel. We believe having values helps us develop a unified sense of commitment in seeing isolated people far from God raised to life in Christ. As this ministry continues to grow, these values may evolve based on our experiences, successes, and failures. We don’t believe they are for every organization, but they are values that make OKC Dream Center unique.

WE ARE FAITH DEPENDENT.

WE HONOR AND RESPECT ALL PEOPLE ALL THE TIME.

It’s about: Valuing People and Each Other to Glorify God

WE BELIEVE IN EMPOWERING GOD-GIVEN DREAMS.

It’s about: Empowering People to Reach Their God-Given Dreams

WE ARE RELATIONALLY DRIVEN.

It’s about: Meeting the Tangible to Meet the Intangible

We do this by investing in at-risk kids, addressing poverty and its causes, and injecting life back into broken communities. Many of our current programs were born out of Inner City Church, yet our vision is larger. Realigning our programs allows both Inner City Church and Dream Center OKC to flourish. Inner City Church builds strong families of faith in the inner city, while Dream Center is a separate 501(c)(3) organization that exists to reach, rescue, and restore people in poverty.

We reach, rescue, and restore people who have been isolated by poverty, substance abuse, gangs, imprisonment, homelessness, abuse and neglect in OKC for the good of our city and so God’s love can be made known.

We accomplish our mission by building relationships with people through:

Dream Center Living is our transitional living program that provides a safe Christian atmosphere on the campus of Inner City Church for dedicated men seeking a sober life through Christ. The program’s goal is to empower men through Christ to develop the character, relationships, and resources needed to live free from addiction and crime and in a manner that benefits themselves and the community.

We envision all persons in the Oklahoma City area pursuing and achieving their dreams. Persons impacted by poverty, substance abuse, homelessness and other negative experiences find the resources and encouragement they need to overcome any challenge. As persons overcome challenges and pursue their dreams, they serve other persons in need. The multiplication of Oklahoma City residents who pursue their dreams and serve others in needs leads to the transformation of the city into a place where every child and adult can pursue and achieve their dreams.